Home Health Reviews Your microbiome may have 'more genes than the universe has stars,' study finds

Your microbiome may have 'more genes than the universe has stars,' study finds

Your microbiome may have 'more genes than the universe has stars,' first study to map the DNA of bacteria lurking in your gut and mouth finds

There may be more genes in the human microbiome than the universe has stars, a new report finds.

In the first study of its kind, researchers from Harvard Medical School collected 3,500 microbiome samples from both the mouth and the gut.

Surprisingly, half of the genes researchers found seemed to be unique to an individual person.

The team says the findings could not only provide clues about environmental exposures or the risk of developing disease, but also lead to therapies that treat people based on their microbial genetic make-up rather than the type of bacteria they have. 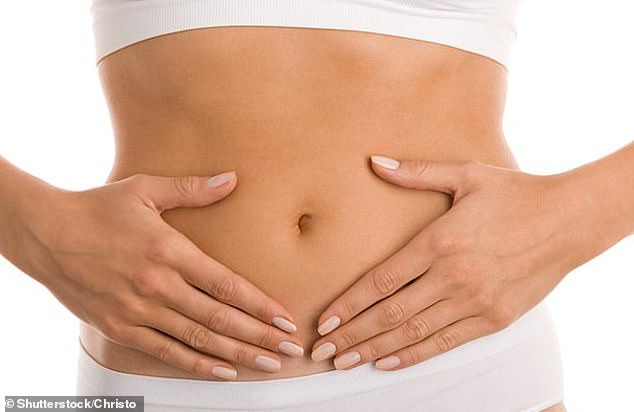 A new study from Harvard Medical School has found there could be anywhere from 232 million genes in the human microbiome to as many as one million trillion, the number of stars in the universe (file image)

The human microbiome - the collection of bacteria that is in our noses, mouths, stomachs and elsewhere - is estimated to contain trillions of bacterial species.

The majority are harmless, some even helpful in enhancing immunity, fighting tumor growth, improving digestion and lowering cholesterol.

Others are harmful, causing plaque to form on the teeth as well as skin and soft tissue infections.

Most past studies have focused on identifying the different types of bacteria to learn how they affect our health.

'Ours is a gateway study, the first step on what will likely be a long journey toward understanding how differences in gene content drive microbial behavior and modify disease risk,' said study first author Braden Tierney, a graduate student at Harvard Medical School.

For the study, published in the journal Cell Host & Microbe, the team analyzed about 3,500 human microbiome samples.

Surprisingly, more than half of all the genes found - about 23 million - were found only once, meaning they were unique to an individual person.

Even more interestingly, these unique performed different functions than genes that are commonly shared.

'Some of these unique genes appear to be important in solving evolutionary challenges,' Tierney said.

'If a microbe needs to become resistant to an antibiotic because of exposure to drugs or suddenly faces a new selective pressure, the singleton genes may be the wellspring of genetic diversity the microbe can pull from to adapt.'

Researchers aren't exactly sure why there is so much genetic diversity, but they believe it's like due to the ability of bacteria's DNA to quickly evolve depending on environmental conditions and changes.

This includes the type of food a person eats, any medications they take, and even diseases someone could develop.

The estimates for the number of total genes ranged anywhere from 232 million to a number close to the number of atoms in the universe: 10 to the 78th power or ten quadrillion vigintillion.

Another calculation put the number of genes higher than the number of stars in the observable universe, which is one billion trillion.

But researchers say the true number may never be known.

'Whatever it may be, we hope that our catalog, along with a searchable web application, will have many practical uses and seed many directions of research in the field of host-microbe relationships,' said study co-senior author Dr Chirag Patel, an assistant professor of biomedical informatics at Harvard Medical School's Blavatnik Institute.