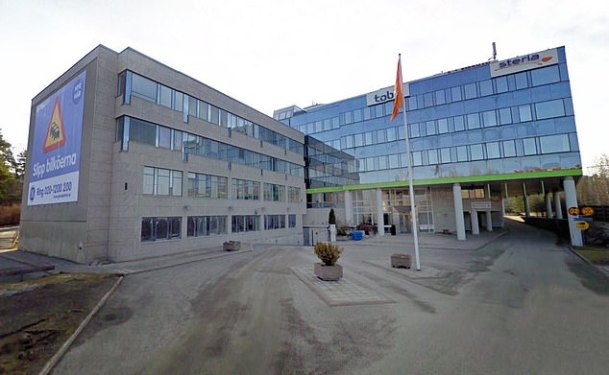 Two recently-merged medical technology firms have been ordered to split, amid fears the deal could be costly for the NHS.
Tobii makes special gadgets to help patients with speech and language issues needs to communicate. It bought its UK rival Smartbox for £11million last year.
But Government watchdog the Competition and Markets Authority (CMA) has now told Sweden-based Tobii it must sell off the business.
The body warned the loss of competition over the products, typically bought by the NHS, charities and schools, could have 'very serious effects'.

The announcement comes after a CMA investigation concluded the tie-up could result in a reduction in 'quality, less new product development, and higher prices'.

The technology firms both produce specialised software and devices which help people with complex speech and language needs to communicate.

This includes for people with cerebral palsy, autism, motor neurone disease, as well as patients who have had a stroke or suffered brain damage.

The products, such as joysticks, eye gaze cameras and speech-generating systems, are typically bought by the NHS, as well as charities and schools.

The CMA decided that the 'only effective way' of addressing the loss of competition from the merger would be for Tobii to sell Smartbox to a new owner, it said.

Initial fears over the merger were raised in January, as the body demanded solutions from the two companies to mitigate its concerns.

WHAT PRODUCTS DO TOBII MAKE?

The Tobii Eyegaze works by tracking eye movements via an infrared bar, giving users full mouse control with their eyes.

Users simply look at the computer screen and control the mouse cursor with their eye movements. They can then select by blinking or staring for a prolonged period.

The technology has helped thousands of people, some suffering from a spinal cord injury, become more independent.

A mother paralysed from the neck down told how she rebuilt her life thanks to the computer that tracks her eye movements in 2012.

Sarah Ezekiel, who has motor neurone disease, said she used the technology to talk, email, book appointments and contact friends and family.

But she revealed she also managed to continue her hobby of painting - and had become such a success that she had her own exhibition.

But the regulator later declared that both of the firms had failed to satisfy its fears, which resulted in a further investigation.

Kip Meek, chairman of the independent inquiry group carrying out the probe, said the watchdog had 'carefully considered all options'.

He said: 'Competition plays a key role in driving improvements in product range and quality - making a real difference for the people who use these technologies to communicate.

'Competitive pricing also helps to make sure that public bodies aren't paying more than they should for these technologies.

'Having carefully considered all options, we decided only selling the entire Smartbox business would effectively address the concerns we found.'

The CMA probe said: 'The end-users of the products supplied by the parties are unusually dependent on technology to communicate.'

The regulators added they are 'particularly vulnerable to any deterioration in the way the market for such products operates'.

The CMA said it estimates Tobii and Smartbox have a combined market share in the supply of communication products of around 70 percent.

Henrik Eskilsson, chief executive officer of the Tobii Group, told the Access and Mobility Professional: 'We can only regret CMA’s decision.

'We are convinced that the merger would have given positive effects for the many in need of assistive technology for communication.

'However, this was a relatively small acquisition relating primarily to complementing our software portfolio.'
Tags:
Health News Health Reviews
Share: