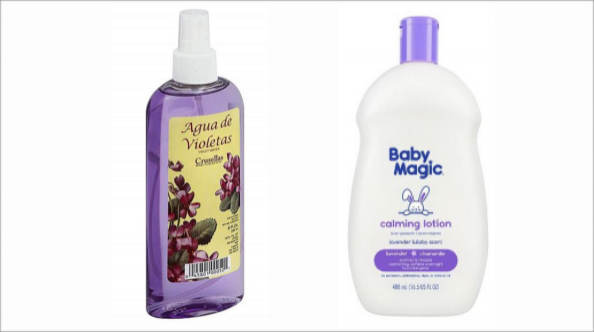 Lavender oil found in soaps, shampoo, diffusers and laundry detergent causes young boys and girls to develop breasts before puberty, according to a study

Lavender oil found in soaps, shampoo, and laundry detergent 'causes boys and girls as young as THREE to develop breasts'

Lavender oil found in soaps, shampoo, diffusers and laundry detergent may cause young boys and girls to develop breasts before puberty, according to a study.

Researchers studied four children - one as young as three - who had abnormal breast growth and found they often used lavender products.

One child had visited the doctor after a year of sitting near her teacher's desk where lavender oil was released by a diffuser all day.

All of their symptoms went away when they stopped being exposed to the oil, which is widely known for having a calming effect.

Further tests in the lab suggested the oil disrupts chemicals in the body, promoting more of the female hormone oestrogen and blocking testosterone.

Lavender oil is an essential oil derived from the lavender plant and is used by millions in products such as skin creams, pills and to scent homes. 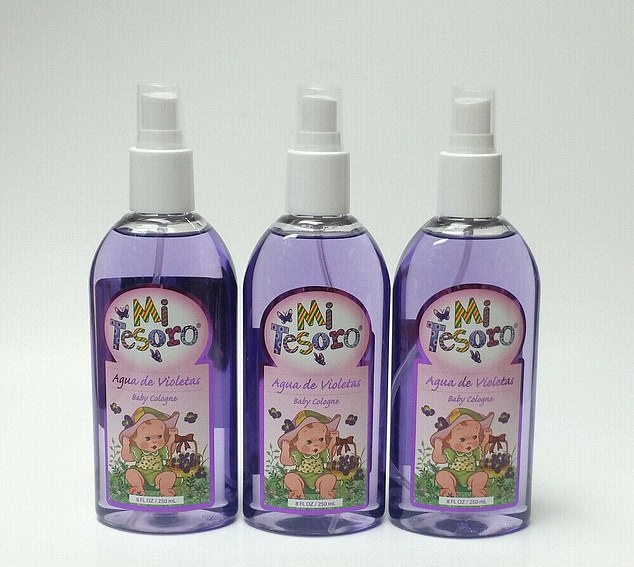 A boy almost 12 years of age had noted having enlarged breasts since the age of four, and had been exposed to Crusellas Violet Water Cologne (pictured) since he was a child

Researchers at the National Institute of Environmental Health Sciences (NIEHS), a branch of the US government, wrote the report.

They looked into the cases of four children who were under the age of seven years old at Nicklaus Children's Hospital and CHOC's Children Clinic, Miami.

Lead author J. Tyler Ramsey said: 'The public should be aware of these findings and consider all evidence before deciding when to use essential oils.

'It appears that essential oil products have the potential to cause premature breast growth in young girls and boys.'

Mr Campbell, who is a medical student, added: 'So it may be best to discontinue using them on children.'

Premature thelarche is defined as breast growth before the age of eight without any other signs of puberty, such as pubic hair.

WHAT IS BREAST GROWTH BEFORE PUBERTY?

Thelarche is a medical term referring to the appearance of breast development in girls, which usually occurs after eight years of age, accompanied by other signs of puberty, including a growth spurt.

Premature thelarche describes girls who develop a small amount of breast tissue without other signs of puberty.

A girl who has started puberty will show an increase in the size of her breasts within six months.

But a girl with premature thelarche can go a year or more with little or no change in the size of the breasts and sometimes, they will get smaller, according to The Pediatric Endocrine Society.

Usually, both breasts are enlarged, but, sometimes, premature thelarche only affects one side.

Premature thelarche differs from true precocious puberty, in which the typical signs of puberty develop at an inappropriately early age.

It's not clear what causes this early breast development.

Gynecomastia is a common condition of breast tissue development in men, but it is rare for this to occur before puberty.

It is most commonly caused by male oestrogen levels that are too high or are out of balance with testosterone levels.

Selected drugs and environmental exposures are also thought to play a role, such as alcohol, heroin, marijuana and antidepressants.

Gynecomastia is a common condition of breast tissue development in men, but it is rare for this to occur before puberty, the researchers said.

When questioned, the family revealed the children with premature breast growth had used lavender products since early childhood.

The first patient, a seven-year-old girl, had frequently been exposed to Mi Tesoro Agua de Violetas from a young age. She had breast tissue on the left side measuring 4cm by 3cm in diameter.

The youngest patient, a girl of almost four years, had been bathed in Baby Magic Calming Baby Bath Lavender and Chamomile since infancy. Her breast tissue, on the right side, measured 3cm by 3cm in diameter and 1.2cm in depth.

A seven year old girl had inhaled the fumes of her teacher's lavender oil diffuser that ran all day. A year later, she was taken to the doctor with abnormal breast development, which was rated as two on a five point scale.

A boy almost 12 years of age had noted having enlarged breasts since the age of four, and had been exposed to Crusellas Violet Water Cologne since he was a child.

The authors said he had breast development measuring 4cm by 4cm in diameter and 3cm in depth.

In most of the cases, a doctors physical examination was sufficient to measure the tissue. For the three-year-old, a ultrasound confirmed the growth was from the breast ducts - as opposed to being fat tissue.

All the patients breast tissue 'dissipated' after three to six months of removing the lavender oil products from their environment.

The researchers then tested the effects of eight component of lavender and other essential oils on a variety of human cells in a petri dish.

Levels of various hormones, including oestrogen - the primary female hormone responsible for sexual development - were measured over a period of time.

Blocking testosterone is not directly linked to breast growth, but the hormone would normally inhibit breast development, the team said.

This further added to the case that the lavender oil was the source of breast growth in the children in the case study.

The endocrine system is made from a collection of glands that produce hormones regulating processes in the body, such as growth and development, reproduction, sleep, and mood.

In previous research, topical applications of lavender and tea tree oil have been linked to premature breast growth in boys.

But the effects of the popular calming product on breast tissue growth in girls has not been studied until now.

The link between lavender based products and thelarche is more prevalent in Hispanic communities, according to the findings.

The researchers said this could be because Hispanic families more commonly use lavender oil, or they are genetically more sensitive to the oil's effects.

Several limitations were discussed in the study. For example, thelarche can often subside on its own, and may explain why the children's thelarche resolved.