More than a third of US children and teens inhale secondhand smoke, CDC report finds 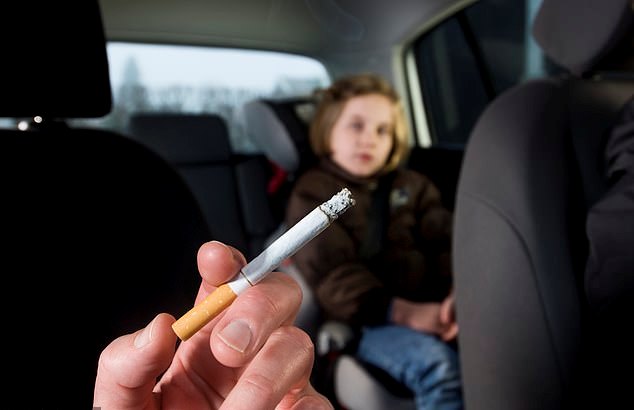 More than a third of US children and teens inhale secondhand smoke, CDC report finds

More than a third of US children and teenagers inhale secondhand smoke involuntarily, a new report from the Centers for Disease Control and Prevention reveals.

Between 2013 and 2016, researchers found that 35.4 percent of percent of youth between ages three and 17 were exposed to secondhand smoke from cigarettes, cigars and pipes.

Since the late 1980s, there has been a massive reduction in secondhand smoke exposure thanks to decreased rates of smoking - currently at an all-time low in the US - and smoke-free policies.

However, the report states that over the last few years, the rate of kids exposed to secondhand smoke has 'remained steady', which could lead to serious health problems.

Children exposed to secondhand smoke are an elevated risk of developing respiratory and ear infections, and suffering from asthma attacks.

'Exposure may occur in many places, including at home or at a friend's or relative's home, or in vehicles, restaurants, parks, or playgrounds,' the researchers wrote.

'Programs and practices that restrict smoking in public and private spaces and declines in tobacco use help to limit youth exposure.'

For the report, released on Thursday, the team analyzed data from the National Health and Nutrition Examination Survey.

They tested samples of kids' and teenagers' blood to measure levels of serum cotinine, which indicates recent exposure to nicotine in tobacco smoke.

Levels ranging between 0.05 and 10 nanograms per milliliter indicated that they'd been exposed to secondhand smoke.

They found that boys and girls between ages three and 11 were more likely to be exposed to secondhand smoke than were teens between ages 12 and 17.

The report's findings also indicated that black children and teens were exposed to secondhand smoke at higher rates than their peers from others races.

Almost 62 percent of black youth were exposed, followed by white youth at 34 percent, Hispanic youth at 25 percent and Asian youth at 18 percent.

There was a stark contrast when it came to exposure in kids from families living above or below the federal poverty level.

Additionally, if kids lived in a house with two or more smokers, they experienced three times the rate of exposure compared to kids living with non-smokers.

'The percentage of second-hand smoke-exposed youth decreased with increasing family income levels, and increased with the number of tobacco smokers living in their homes,' the report read.
Tags:
Health News Health Reviews
Share: