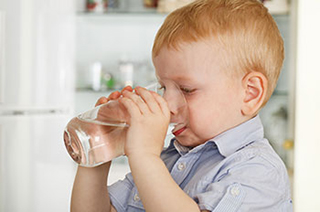 Arsenic is a naturally occurring element that is widely distributed in the Earth’s crust. It is found in water, air, food, and soil.

There are two general forms of arsenic:

Scientists, pediatricians, and public health advocates are increasingly concerned about the more subtle and long-range health effects of low-level exposures to humans, especially for infants and children exposed to arsenic in water and some foods, such as rice-based products, during sensitive windows of development.

Where is arsenic found?

Arsenic is found just about everywhere. It can leach into groundwater through rocks and soil, and is used in pesticides, wood preservatives, and tobacco. It is also released into the environment by volcanoes and mining processes.

Arsenic in groundwater is a widespread problem. Arsenic levels tend to be higher in drinking water that comes from ground sources, such as wells, than from water from surface sources, such as lakes or reservoirs.

For additional details on arsenic and water, including testing, level, measurement, and removal information, please see the NIEHS Fact Sheet on  Arsenic (676KB). 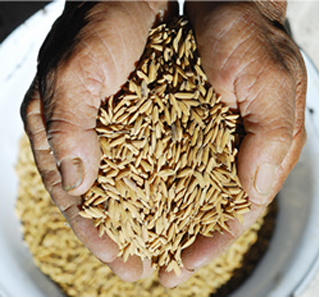 How does arsenic get into the body?

Most arsenic gets into the body through ingestion of food or water. Arsenic in drinking water is a problem in many countries around the world, including Bangladesh, Chile, China, Vietnam, Taiwan, India, and the United States.1

Arsenic may also be found in foods, including rice and some fish, where it is present due to uptake from soil and water. It can also enter the body by breathing dust containing arsenic, or through the skin, though this is not a major route of exposure.

How much arsenic can be in drinking water?

Because arsenic is tasteless, colorless, and odorless, testing is needed for detection. Approximately 7 percent of wells in the U.S. are thought to have arsenic levels above the current EPA standard of 10 ppb.2

Arsenic levels in the U.S. tend to be higher in rural communities in the Southwest, Midwest, and Northeast. The levels of arsenic in countries like Bangladesh have been measured at over 3,000 ppb.

How can I find out whether there is arsenic in my drinking water?

If your home is not on a public water system, you can have your water tested for arsenic. Your state certification officer should be able to provide a list of laboratories in your area that will perform tests on drinking water for a fee.

How do I remove arsenic from my drinking water?

Do not try to remove arsenic by boiling it. Additionally, chlorine bleach disinfection will not remove arsenic. You may wish to consider water treatment methods such as reverse osmosis, ultra-filtration, or ion exchange. Contact your local health department for recommended procedures.

How does arsenic affect people?

Arsenic affects a broad range of organs and systems including:

What is NIEHS Doing?

Because of its significance as a global public health problem, studies of arsenic, arsenic metabolism, and the health effects associated with arsenic exposure are a priority for the National Institute of Environmental Health Sciences (NIEHS), the National Toxicology Program (NTP), and several other organizations involved in research, regulation, and health care.

NTP is an interagency testing program, administered by NIEHS.

NIEHS, the NTP, and their grantees are presently involved in a wide array of arsenic research (basic and translational), some of which includes:

Researchers have learned that both short-term and long-term exposure to arsenic can cause health problems, but they are just beginning to understand how arsenic works in the body — what is referred to as its modes of action.

For example, researchers are finding that arsenic, even at low levels, can interfere with the body’s endocrine system. The endocrine system is what keeps our bodies in balance, maintaining homeostasis and guiding growth and development. In several cell culture and animal models, arsenic has been found to act as an endocrine disruptor, which may underlie many of its health effects.3 Other mechanisms are also likely contributors to arsenic’s health effects.

Arsenic is a known human carcinogen associated with skin, lung, bladder, kidney, and liver cancer.4. A new study from the NTP Laboratory that replicates how humans are exposed to arsenic through their whole lifetime found that mice exposed to low concentrations of arsenic in drinking water developed lung cancer. The concentrations in the drinking water given to the mice were similar to what humans, who use water from contaminated wells, might consume.5

Early-life exposures to arsenic and development

Not only is arsenic a known human carcinogen, but it can predispose children to other health problems later in life.

Researchers supported by the NIEHS Superfund Research Program at the University of California, Berkeley, found increased incidence of lung and bladder cancer in adults exposed to arsenic early in life, even up to 40 years after high exposures ceased.

These findings provide rare human evidence that an early-life environmental exposure can be associated with a high risk of cancer as an adult.6

Several studies, including a review of the literature by NTP, have suggested an association between low-to-moderate levels of arsenic and metabolic diseases, such as diabetes.7

At least 30 million people in Bangladesh are exposed to arsenic in their drinking water. Researchers have found that arsenic education, coupled with water testing programs, can increase knowledge in the population, and result in reduced arsenic exposures, when safe drinking water sources are made available.8