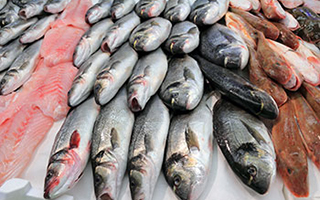 Mercury, also known as quicksilver, is a naturally-occurring metal that is toxic to living organisms. Metallic or elemental mercury — an odorless, shiny, silver-white liquid — is commonly used in thermometers, barometers and fluorescent light bulbs. Metallic mercury is extremely dangerous with a few drops generating enough fumes to contaminate the air in a room. Furthermore, skin contact with the metal results in the absorption of mercury into the blood stream and potential health problems. Mercury poisoning may include the following symptoms:

NIEHS, the Food and Drug Administration (FDA) and the Environmental Protection Agency (EPA) have studied the physiological effects of methylmercury , a common form of organic mercury (mercury combined with carbon), on humans via fish consumption. Although fish and shellfish have many nutritional benefits, consuming large quantities of fish increases a person’s exposure to mercury. Pregnant women who eat fish high in mercury on a regular basis run the risk of permanently damaging their developing fetuses. Children born to these mothers may exhibit motor difficulties, sensory problems and cognitive deficits.

To educate the public on mercury’s toxic affects, the FDA and EPA released a consumer advisory in 2004 that recommends that young children, women who are pregnant or who may become pregnant and nursing mothers should avoid fish that contain high levels of methylmercury, such as Shark, Swordfish, King Mackerel and Tilefish. Instead, they should eat up to 12 ounces (two average meals) a week of a variety of fish and shellfish that contain lower concentrations of methylmercury. Five of the most common "low-mercury" fish are shrimp, canned light tuna, salmon, pollock and catfish.