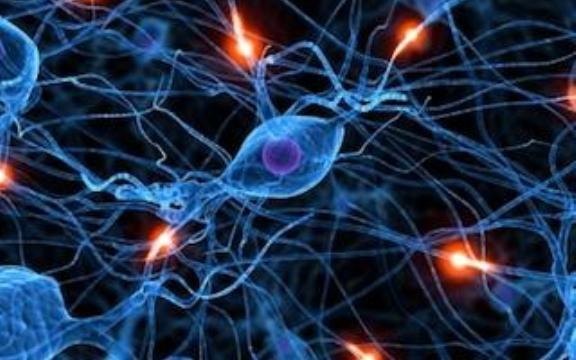 Mutations in the gene LRRK2 have been linked to about three percent of Parkinson’s disease cases. Researchers have now found evidence that the activity of LRRK2 protein might be affected in many more patients with Parkinson’s disease, even when the LRRK2 gene itself is not mutated. The study was published in Science Translational Medicine and was supported in part by the National Institute of Neurological Disorders and Stroke (NINDS), a part of the National Institutes of Health (NIH).

“This is a striking finding that shows how normal LRRK2 may contribute to the development of Parkinson’s disease,” said Beth-Anne Sieber, Ph.D., program director at NINDS. “This study also identifies LRRK2 as an integral protein in the neurobiological pathways affected by the disease.”
More than 10 years ago, researchers linked mutations in the LRRK2 gene with an increased risk for developing Parkinson’s disease. Those mutations produce a version of LRRK2 protein that behaves abnormally and is much more active than it would be normally.

Despite its importance in Parkinson’s disease, the very small amount of normal LRRK2 protein in nerve cells has made it difficult to study. In the current study, the authors developed a new method for observing LRRK2 cells that makes them glow fluorescently only when LRRK2 is in its activated state.  They have also used detection of fluorescent signals to demonstrate loss of binding of an inhibitor protein to LRRK2 when LRRK2 is activated.

The researchers looked first at postmortem brain tissue from Parkinson’s disease patients who did not have mutations in LRRK2. Compared to healthy individuals of similar ages, there was a striking increase in LRRK2 activity in the dopamine-containing neurons of the substantia nigra, the area of the brain most affected in Parkinson’s disease. This suggested that increased LRRK2 activity could be a common feature of the disease.

“This finding provided strong evidence that something is causing LRRK2 activity to increase in Parkinson’s disease patients, specifically in the area of the brain we would expect based on what we know of the disease,” said J. Timothy Greenamyre, M.D., Ph.D., Love Family Professor of Neurology in the University of Pittsburgh’s School of Medicine, director of the Pittsburgh Institute for Neurodegenerative Diseases (PIND), and senior author of this study.

To get a closer look at how LRRK2 activity is related to Parkinson’s disease. the researchers next turned to rodent models of the disorder. The sensitivity of their new technique allowed for the direct study of LRRK2 activity, which until now could not be done.

“Much of what we have known previously about LRRK2 comes from overexpression studies, where cells are forced to make much more of the protein than they would normally,” said Dr. Greenamyre “Our fluorescent assay reveals where LRRK2 is active in the brain and the relative level of activity without potential side effects from overexpression.”

By injecting rodents with the environmental toxin rotenone and studying the effect on LRRK2, the researchers linked increased LRRK2 activity with the accumulation of alpha-synuclein, a process that leads to the formation of Lewy bodies in the brain, a hallmark of Parkinson’s disease. In another model of the disease, where synuclein was present in much higher amounts than normal, LRRK2 activity was increased. In contrast, when the animals were treated with a drug that blocks LRRK2 activity, the accumulation of alpha-synuclein and Lewy body formation were both prevented.

Finally, additional links were found between LRRK2 activity and the potentially damaging consequences of Parkinson’s disease. Reactive oxygen species (ROS) are compounds that can interact and affect other components within cells, and ROS were increased in the brains of both rodent models. ROS were seen to increase the activity of LRRK2, and when ROS production was blocked, LRRK2 activation was not observed.

“Our findings suggest that both genetic and environmental causes of Parkinson’s disease can be tied back to the activity of LRRK2 protein,” said Dr. Greenamyre. “This is important because it suggests that the drugs being developed for patients with the LRRK2 mutation, which represent a very small percentage of the affected population, could benefit a much greater number of people with the disease.”

Dr. Greenamyre and his research team plan to further study whether the neurodegeneration that occurs due to LRRK2 overactivity can be prevented and to identify the mechanisms that connect environmental stressors to LRRK2 activation.

This health news has been brought to you by the publishers of Health Reviews, Tips and News Website. Visit today for great health tips and reviews.
Tags:
Brain Conditions and Diseases Health News
Share: