Home Lifestyle The Truth About Holiday Spirits: How to Celebrate Safely This Season

The Truth About Holiday Spirits: How to Celebrate Safely This Season 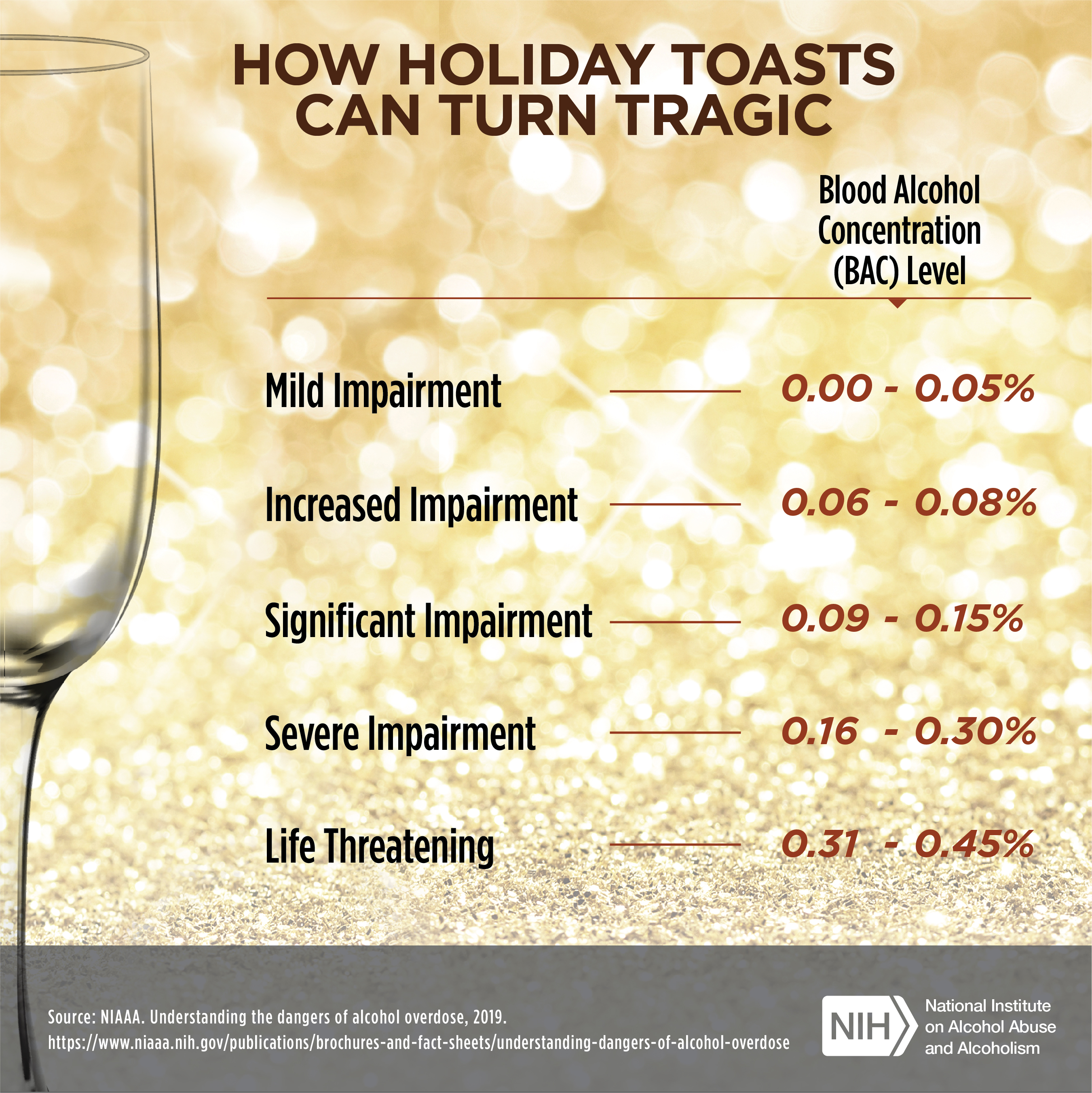 Many of us look forward to celebrations during the holidays, a time when some people are more likely to drink beyond their limits than at other times of the year. Some will suffer adverse consequences that range from fights to falls to traffic crashes. Sadly, we often put ourselves and others at risk because we don’t understand how alcohol affects us during an evening of celebratory drinking.

Despite the potential dangers, myths about drinking persist, which - for some - can prove fatal. Scientific studies supported by the National Institute on Alcohol Abuse and Alcoholism provide important information that challenges these widespread, yet incorrect, beliefs about how quickly alcohol affects the body and how long the effects of drinking last.

Holiday revelers may not recognize that critical decision-making abilities and driving-related skills are already diminished long before a person shows physical signs of intoxication.

Initially, alcohol acts as a stimulant, so people who drink may feel upbeat and excited. But don’t be fooled. Alcohol soon decreases inhibitions and judgment, and can lead to reckless decisions.

As we consume more alcohol, reaction time suffers and behavior becomes poorly controlled and sometimes even aggressive - leading to fights and other types of violence. Continued drinking causes the slurred speech and loss of balance that we typically associate with being drunk. At these levels and above, alcohol can also cause blackouts - which are when a person does not remember what happened while he or she was intoxicated.

At higher levels, alcohol acts as a depressant, which causes the drinker to become sleepy and in some cases pass out. At even higher levels, drinkers face the danger of life-threatening alcohol overdose due to the suppression of vital life functions.

Even When Drinking Stops - Alcohol’s Effects Do Not

During an evening of drinking, it’s also easy to misjudge how long alcohol’s effects last. For example, many people believe that they will begin to sober up - and be able to drive safely - once they stop drinking and have a cup of coffee. The truth is that alcohol continues to affect the brain and body long after the last drink has been finished. Even after someone stops drinking, alcohol in the stomach and intestine continues to enter the bloodstream, resulting in impaired judgment and coordination for hours.

Before You Celebrate - Plan Ahead

Of course, we don’t intend to harm anyone when we celebrate during the holiday season. Yet, violence and traffic fatalities associated with alcohol misuse persist, and myths about drinking live on - even though scientific studies have documented how alcohol affects the brain and body.

So, this holiday season, do not underestimate the effects of alcohol. Don’t believe you can beat them, or they may beat you.

Here are some tips to keep in mind if you host a holiday gathering:

Have a safe holiday season!