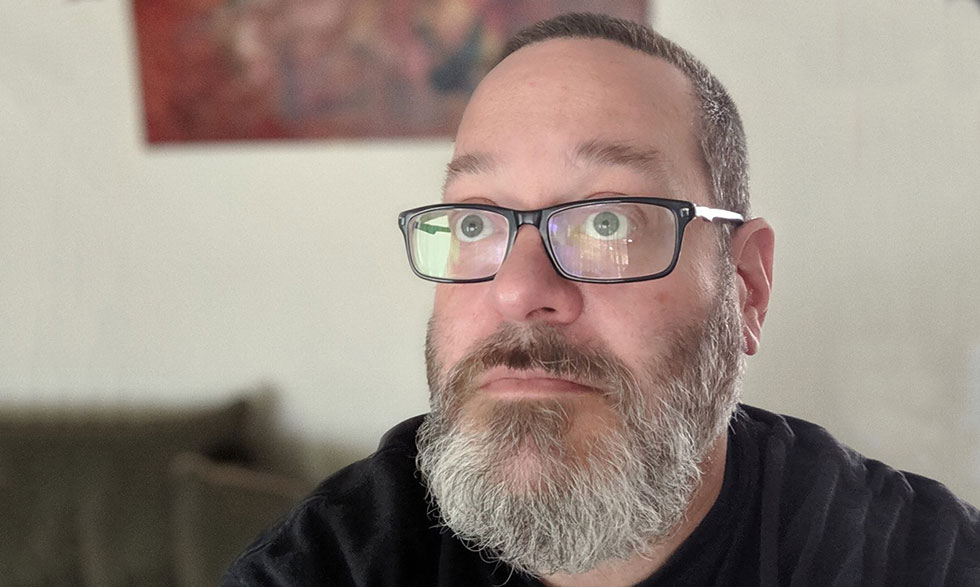 When 46-year-old Kevin Delano was in his early teens, he knew he was different. He was depressed. He constantly had racing thoughts in his head.

Kevin describes his depression or "down cycles" as wearing a heavy piece of clothing.

"It's as if you're wearing a big, woolen cape that's been soaked in water," Kevin says. "It's warm, heavy, and holds you down."

"I think a lot of men think that if they tell someone they have a mental health issue, it's a sign of weakness."
- Kevin Delano


Kevin experienced "up cycles" too. He would feel excited about new ideas and reaching goals. But then he would spiral down into a depression again.

Kevin didn't know it yet, but he was experiencing symptoms of bipolar disorder. Bipolar disorder is a mental health condition that causes intense highs and lows, along with anxiety, irritability, and often a loss of touch with reality.

Kevin says in addition to the ups and downs, he always had voices in his head that would tell him that he was worthless or that no one cared about him.

"I couldn't get my mind to quiet down," Kevin says.

At age 16, Kevin attempted suicide. For more than two decades after that, he was addicted to drugs and alcohol.

Now, more than 25 years later, Kevin is sober, sees a mental health professional, goes to therapy, and receives treatment for both his bipolar disorder and past addictions.

Kevin had feelings of anxiety and depression for almost half his life before he sought help. In part, he kept them secret because he didn't want others to know.

He was worried that his friends, especially his male friends, might see him as weak or emotional.
Kevin even remembers telling his mother about a health issue and then moments later telling a male doctor that he was fine. He says it was like wearing a different mask for different people.

"I wanted to be the right Kevin for each person, because I wanted everyone to like me," he recalls.

Kevin says his life changed for the better following his diagnosis and treatment for bipolar disorder and addiction. For one, he doesn't feel ashamed of his feelings anymore.

"I'm an open book when it comes to talking about my mental health," he says.

He wishes more people, especially men, would seek help when they have feelings of depression or anxiety.

"I think a lot of men think that if they tell someone they have a mental health issue, it's a sign of weakness," he says. "They would rather work out, build big muscles, and appear tough on the outside."

In reality, Kevin says that we all benefit by talking to people, listening to what others have to say, and getting therapy to work through issues, regardless of our gender.

Kevin still sees the stigma around mental health at recovery meetings and at his job.
"Men, especially older men, still think they aren't supposed to talk about their feelings," he says. "They keep a stiff upper lip, keep their heads down, and keep to themselves."

He works to reduce this stigma through talking to other men and volunteering. He helps out at a nonprofit organization for families of addicts and those with mental health issues.

"Family members need to know that these issues are not your fault," Kevin says. "Nothing you did or didn't do caused this."

Kevin also sets an example at home. He tells his 8-year-old son that talking about feelings and asking for help are OK.

For those who have or think they may have a mental illness, he offers this advice: "Be honest. Listen to yourself and listen to others. If you think there is something wrong, tell someone about it and get some help."

This health news has been brought to you by the publishers of Health Reviews, Tips and News Website. Visit today for great health tips and reviews.
Tags:
Health News Health Reviews Mental Health
Share: