Home Health Reviews Some Melanomas May Start in Hair Follicles

Some Melanomas May Start in Hair Follicles 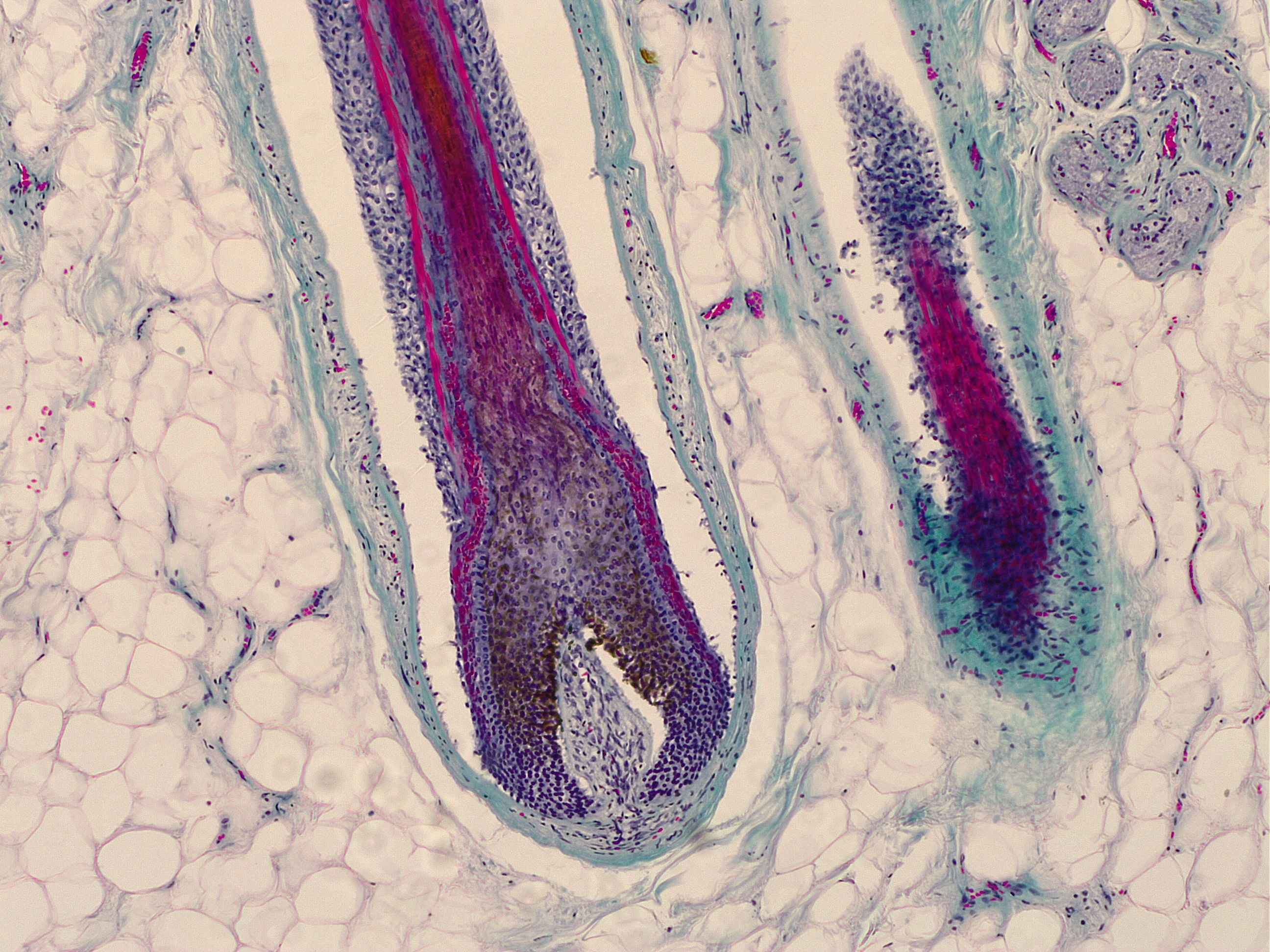 
Skin cancer is the most common type of cancer. Its most deadly form is melanoma. Melanoma is less common than other types of skin cancer, but more likely to invade nearby tissues and spread to other parts of the body.

Melanoma develops from melanocytes. These cells are found in the skin, eyes, and hair. They produce a natural pigment called melanin.

Melanoma often first appears in the skin’s outermost layer, the epidermis. Then it invades the layer below the epidermis, called the dermis. Researchers frequently use animal models to understand the root causes of disease. However, in mouse models, melanoma often appears to start in the dermis. Thus, the early stages of how the disease arises remain unclear.

Melanocyte stem cells, the source of melanocytes, are found in the lower portion of hair follicles. Some studies suggest that these stem cells may undergo oncogenic (cancer causing) changes, migrate into the epidermis, and develop into melanoma. To explore this potential origin of melanoma, a team of researchers led by Dr. Mayumi Ito at NYU Langone Health genetically engineered mice with oncogenic gene mutations in the melanocyte stem cells within hair follicles. They labeled and tracked the cells’ migration and melanoma development.

The researchers found that with the start of the hair’s growth phase, mutated melanocyte stem cells migrated up the hair follicle and into the epidermis. Such movement doesn’t take place under normal conditions. Two signaling proteins normally produced during hair growth - endothelin (or Edn) and Wnt—were required for this transformation. Several weeks after this epidermal invasion, the melanomas migrated down into the dermis.

The researchers found that melanomas from these genetically modified mice share similar genetic and molecular characteristics with human melanomas. The findings will require confirmation in human studies, but they suggest that melanoma can arise from melanocyte stem cells in hair follicles as well as from melanocytes in skin layers.

“By confirming that oncogenic pigment cells in hair follicles are a bona fide source of melanoma, we have a better understanding of this cancer’s biology and new ideas about how to counter it,” Ito says.
- by Tianna Hicklin, Ph.D.

This health news has been brought to you by the publishers of Health Reviews, Tips and News Website. Visit today for great health tips and reviews.
Tags:
Cancer Health News Health Reviews
Share: